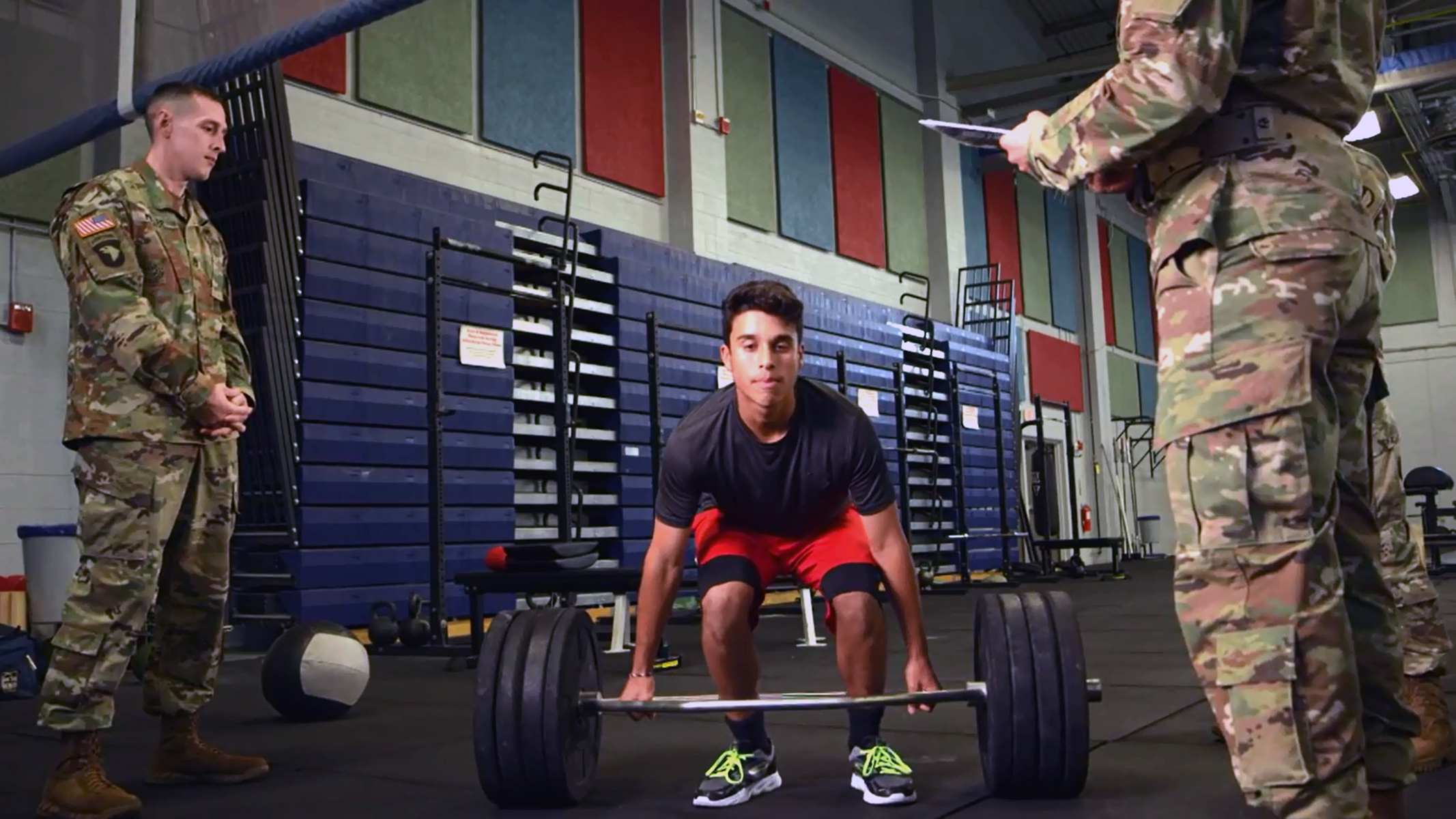 The U.S. Army attempts to put recruits into a position to be successful in their military service. With a rising number of injuries to recruits during training and an associated untenable level of attrition, the Army understood they were failing in this internal mission.

The Army estimates the cost at roughly $50,000 to put a recruit through Basic and Advanced training. That number rises even higher depending on the type of secondary training. Roughly speaking, the Army loses $50,000 for every trainee unable to reach active duty service. In broader numbers, lowering attrition rates by even 1,000 recruits a year saves The Army $50,000,000. This is precisely what they’ve done.

The Army determined a major cause of the injury and dropout problem to be the assumption that the Army can and will mold any recruit into the physical shape required to be a Soldier. The existing fitness models completely excluded the physical condition and composition of the incoming recruit. The Occupational Physical Assessment Test (OPAT) is geared to realign that thinking.

The OPAT is an Army entry physical test that measures the speed, strength, and conditioning of the incoming recruit. With an OPAT score, combined with mental and psychological profile tests, the Army can more smartly position recruits into “occupational tracks” that align with their baseline skills. This definitely includes their physical potential.

All Soldiers are presumed to be fit post-training. None can graduate Basic Training without passing the Army Physical Fitness Test (soon to be the Army Combat Fitness Test). The OPAT assesses the best way to move trainees from fitness point A to fitness point B, in line with their innate abilities and in consideration of future service positions within The Army.

– Michael McGurk, director of research and analysis at the Army Center for Initial Military Training.

These new signals to recruits about pre-conditioning represent a sea-change reversal of course to how Army basic training is often perceived in popular culture. That is, The Army will turn you from a blob into a brute.

In this manner, the OPAT signals a brand new way of thinking about recruiting. Moving from the historical context of one-size fits all molding a recruit into assessing and guiding a recruit to reach their individual potential within the framework of the Army’s modern need for diverse talents and skills.

What DOES THE OPAT TEST?

The OPAT measures the innate strength and fitness of Army recruits, as to best position them for future tracks. The OPAT consists of a four-element fitness test: a standing long jump, seated power throw, hex-bar deadlift, and interval run.

The Standing Long Jump measures lower body strength. As described in the video, the jumps measure the distance a recruit can leap from standing position to standing position by pressing off bent knees and swinging the arms forward. The measurement is scored from the take-off line to the rear-most heel. The recruit must land in a stable position for the jump to count.

Training practices to increase standing long jump performance includes a wide array of leg and lower body strengthening exercises. Additionally, the less your body mass (weight) in proportion to your lower body musculature, the farther your performance distance. So this test favors those relatively lighter in weight.

The Seated Power Throw measures the upper body strength of recruits, in the manner of their arm and chest strength in the seated throw of a weighted medicine ball. Recruits are seated with their backs against a wall preventing their backs from aiding in their throw.

Arms, chest and shoulder strength can be enhanced through weight training. Medicine-balls themselves are often used in gym and interval training sessions. This test favors those with upper body strength, but don’t discount the ability to improve scores with regular, advanced training.

The hex-bar allows the lifter to stand between the weights with greater balancer than a standard lift-bar where one would stand behind the weight in the initial stage. This removes balance as a major attribute of the lift, focusing rather on pure lifting strength. The primary muscles utilized are legs (hamstrings and quadriceps), glutes, and lower back.

Weight is added successively to the hex-bar with each successful weight cleared with one complete lift. The lifter is given two unsuccessful attempts at their final weight before their score reverts back to the previous weight successfully lifted.

Much like the standing leg jump in the first element, leg strength is the key element to performance in this exercise. However, unlike the jump, body weight or a larger upper frame is not counterproductive to results. Squats, leg presses, and core exercises can add strength to the lower body and produce greater hex-bar deadlift results.

The Interval Run measures your cardio in a series of timed runs across a 20-meter distance. The allowed time to complete each segment gradually decreases as the run continues, pressing your aerobic conditioning.

The specific rules of the event are somewhat detailed, but in summary, your general lung capacity and general condition are being tested. There is no substitute for aerobic conditioning. Stairs and sprints and laps and cycling. Applicants can definitely improve their scores in this OPAT element with hard exercise in advance of the test. Like the Interval Run itself, start slow and build. Give yourself a minimum of three months to properly condition.

The Upshot of The OPAT

The OPAT test is the Army’s first, move public move toward specializing recruits earlier in the training process. The one track Army recruit training process that resulted in unnecessarily high rates of injury and stress without significant upside in outcomes is being transitioned into a smarter, more refined, “occupation track” program more common to private sector hiring.

The Army occupational tracking system will begin with the OPAT, which provides a physical strength and conditioning baseline for recruits. Those excelling in this regard will be more likely to be tracked toward roles requiring greater physical attributes, including many combat roles. Conversely, The Army can move more preemptively to move other recruits into training for non-combat roles and reduce the precise physical demands during their training to reduce injuries and dropout rates.

The simplest message of the OPAT to recruits remains: be test ready. The Army wants to fine-tune your engine, not overhaul your body.

Orchestra provides a full-range software suite geared toward multi-event scoring for institutions such as the U.S. Army and other military branches and state and local first-responders. To learn more about how we can help you, provide us your contact information and a member of our team will respond to you in short order.

Related Articles
The Army Combat Fitness Test: Everything A Soldier Needs to Know